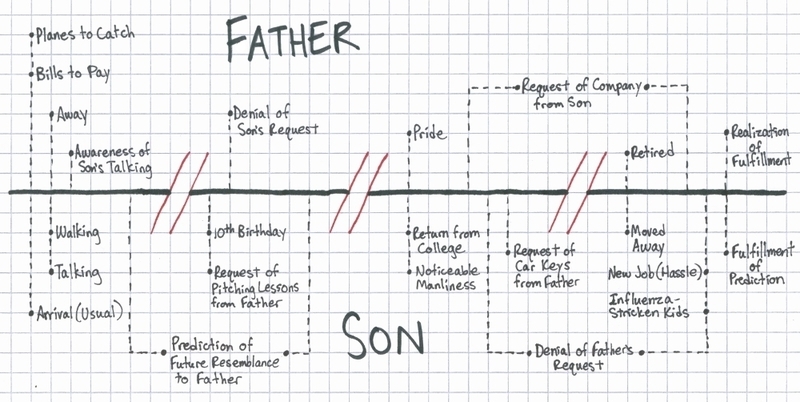 Finally someone (Jason Nafziger) made a flow chart of Cat’s in the Cradle.

Cat’s in the Cradle was Harry Chapin’s only #1 song, released in 1974 from the album Verities & Balderdash and topping the charts that December.  The lyrics are based on a poem written by his wife, Sandy, about the relationship between her first husband and his father.  For some reason, this song is often attributed to Cat Stevens, who by all official accounts has never actually performed it, although I imagine he has sung along to it on the radio like the rest of us. via rockcharts.wordpress.com