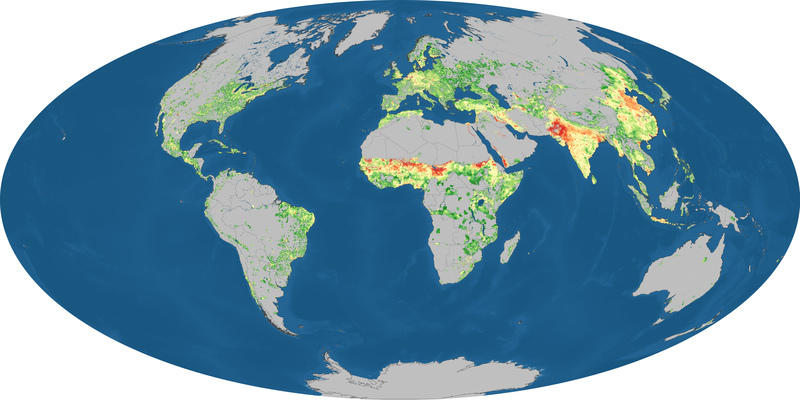 A representation of the pressure local populations put on their ecosystem, this map shows how much plant matter people need for food and other products compared to the amount of plant material produced in each region (but not per capita use). For example, in the United States, each person uses 5.94 metric tons of carbon (vegetation) per year, while in South-central Asia, people use 1.23 metric tons per year. However, the United States produces more than it requires, so the ratio between usage and vegetation is low. South-central Asia, on the other hand, uses less per person, but it has a high population that collectively require more carbon than the land produces, and so must import products from other regions.

Note: If you read this via Email or Feed-reader click Permalink below to download bigger image (3.5 MB).