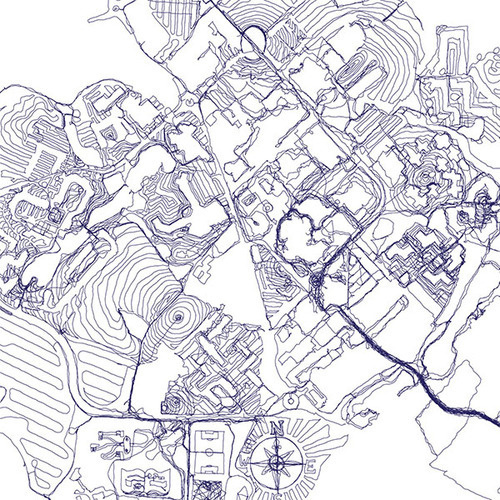 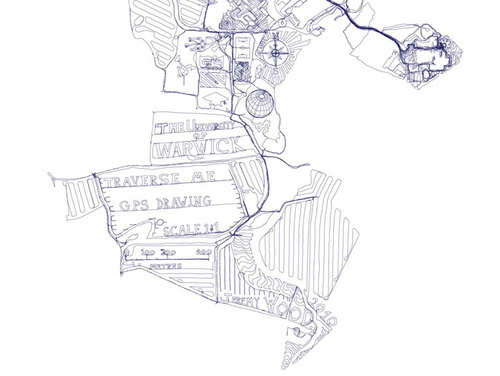 This is a map of The University of Warwick's 700 acre campus. For this map all 238 miles of them were walked on foot, traced by a GPS satellite. "Security was called on me twice on separate occasions," he says, "and I lost count of how many times I happened to trigger an automatic sliding door." 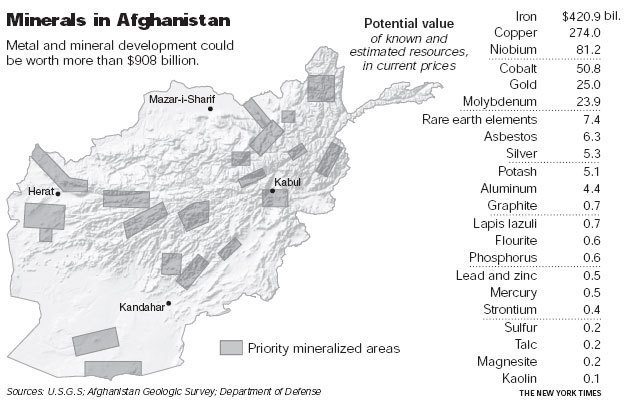