In 1997, Brazilian soccer player Roberto Carlos scored on a free kick that first went right, then curved sharply to the left in what looked like a physics-defying fluke. We’ve finally discovered the physics equation that shows it was no fluke.

Physicists have explained one of football's most spectacular goals.

Abstract. We discuss the trajectory of a fast revolving solid ball moving in a fluid of comparable density. As the ball slows down owing to drag, its trajectory follows an exponential spiral as long as the rotation speed remains constant: at the characteristic distance

where the ball speed is significantly affected by the drag, the bending of the trajectory increases, surprisingly. Later, the rotation speed decreases, which makes the ball follow a second kind of spiral, also described in the paper. Finally, the use of these highly curved trajectories is shown to be relevant to sports. For more information visit New Journal of Physics website. 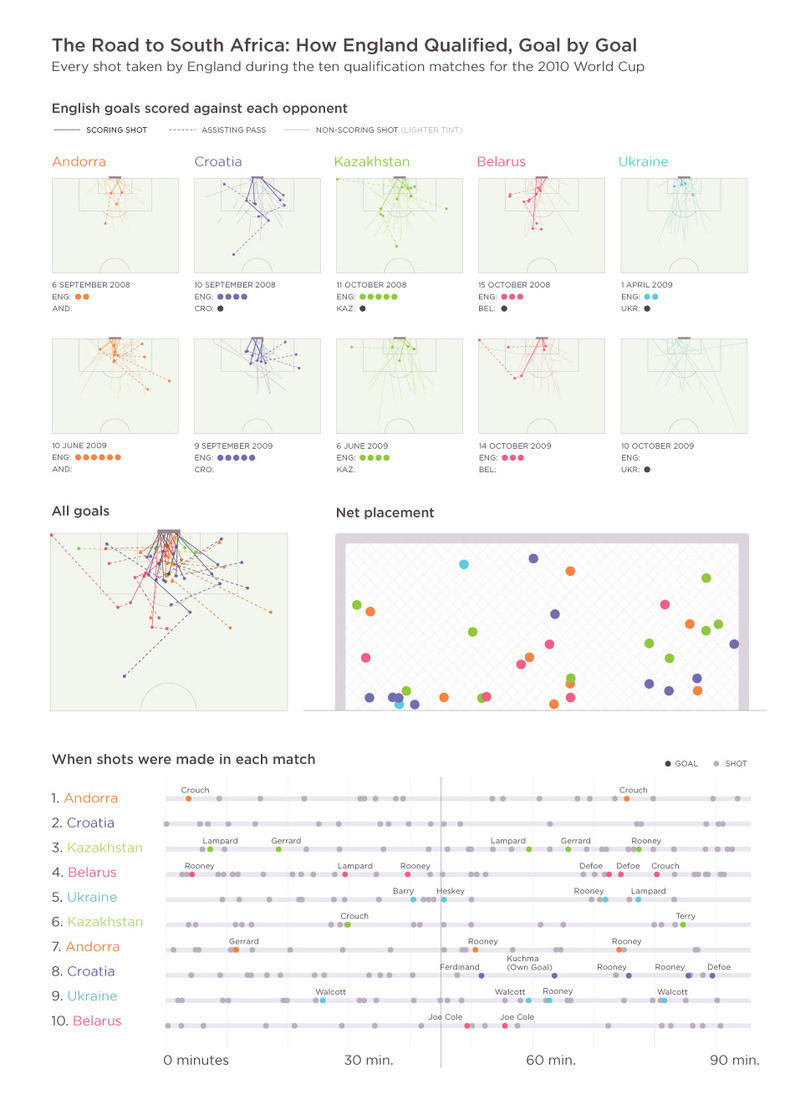 Every shot taken by England during the ten qualification matches for the 2010 World Cup.