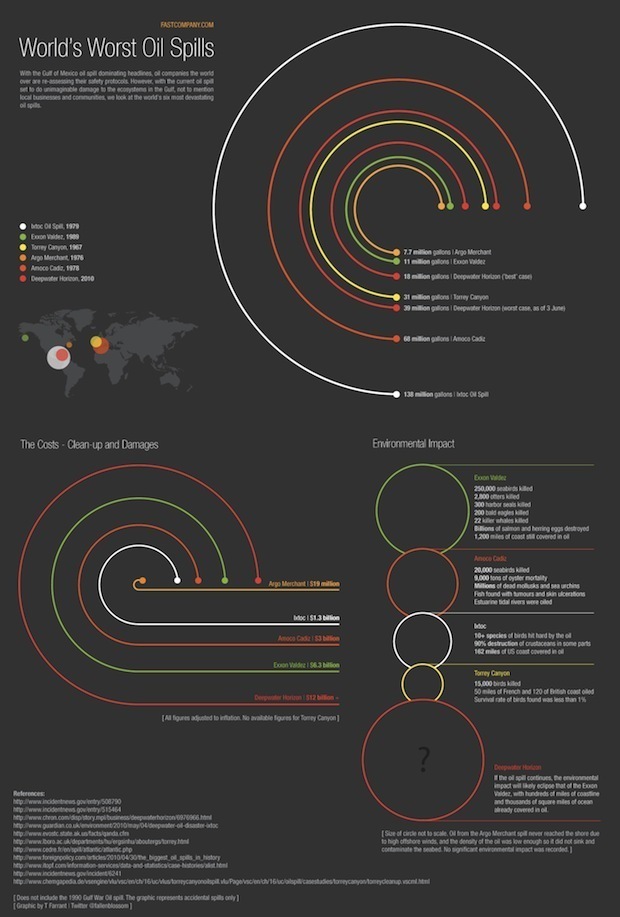 The Gulf Oil Spill Isn't the Biggest, but It'll Be the Costliest. The BP Gulf oil spill is the worst ever when you combine its size and location. While it may not be the biggest, as you can see from the graphic, it certainly will be one of the most economically damaging and costly, simply because it occurred in some of America's most productive waters.

April 20, 2010, chaos struck on the Gulf of Mexico as a BP oil rig began to leak millions of gallons of oil into the Ocean; destroying sea life, birds and many local’s livelihood, as well as being declared as a National disaster by Barrack Obama – and now having a severe effect the price of oil throughout the world. We take a look at just what happened since that day, and how BP managed to cap the potential world crisis.

This Infographic represents the evolution of book throughout the ages. Bookworms will love this for sure.

This infographic exhibits pioneers in the field of programming, along with the history and current statistics of various programming languages. Also included are some random facts and algorithm diagrams to make the infographic more visually appealing.

From International Orange to space-age silver, Astronauts' spacesuits have a varied and colorful history. The United States has used at least eight distinct spacesuit models throughout its roughly 50 years of manned spaceflight

Here are some statistics resulted from looking into the matter after almost 50 years of birth control.

Hacking has been around as long as computers as a way to reconfigure or reprogram a system to give access to someone who otherwise shouldn’t have that access. In the media, any electronic manipulation is often referred to as hacking, though “cracking” may often be more appropriate. Thanks to hacking, computer geeks can be “cool and dangerous”. 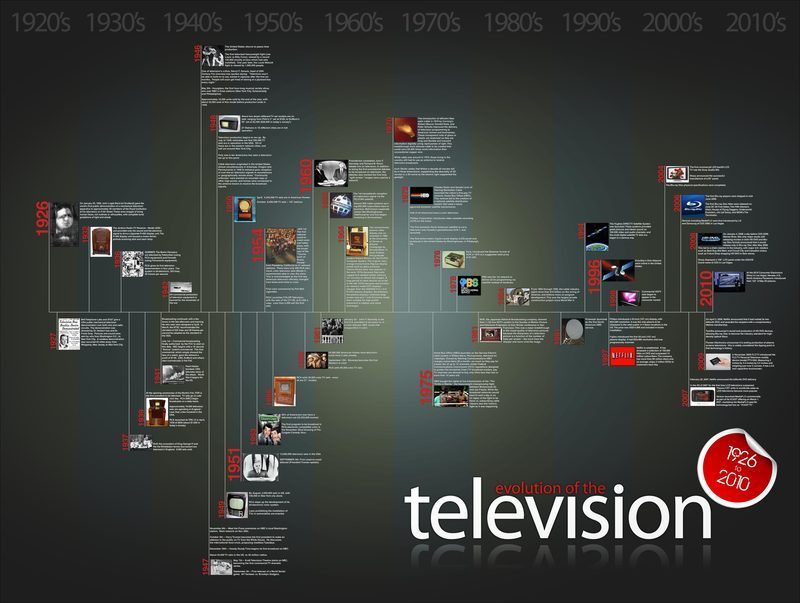 Did you know it took 13 years for television to reach 50 million users? TV has evolved from the time it started with just a few programs airing each day into 24/7 news and hundreds of stations to choose from.

Check out this infographic to learn more about how TV has changed in the past 84 years.

A full history of the electric car, from the 19th Century EVs you’ve never heard of, to the future concepts you might be driving next year. 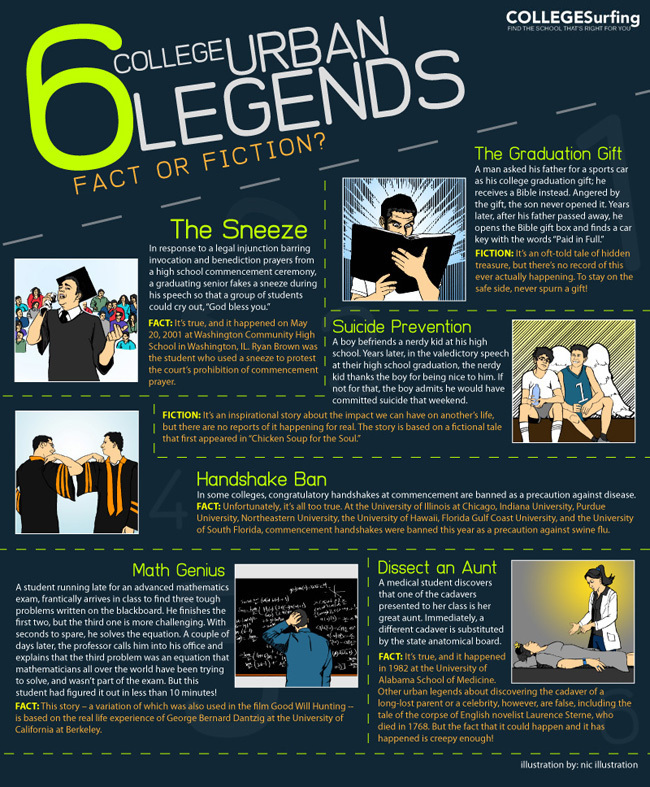