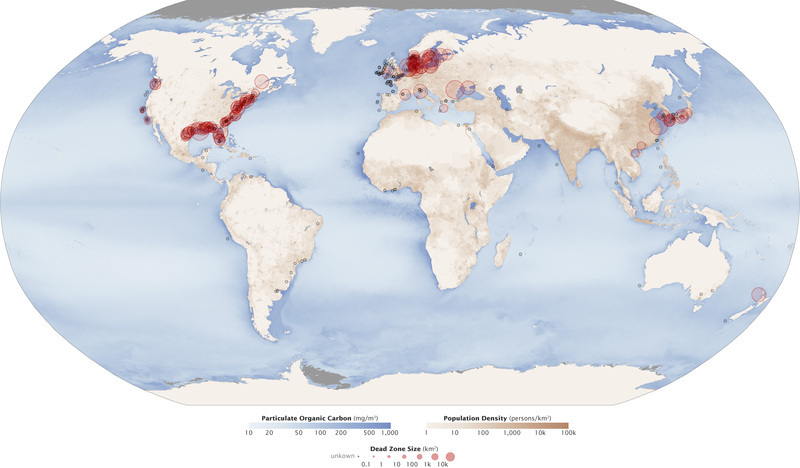 The size and number of marine dead zones—areas where the deep water is so low in dissolved oxygen that sea creatures can’t survive—have grown explosively in the past half-century. Red circles on this map show the location and size of many of our planet’s dead zones. Black dots show where dead zones have been observed, but their size is unknown.via earthobservatory.nasa.gov
Browse the Archive »