Tax cuts enacted under former president George W. Bush are set to expire at year's end, and lawmakers are battling over whether to extend them before the November elections. Most Republicans want to extend all of the cuts, saying that any increase in taxes will hold back the economic recovery. President Obama and Democratic leaders would extend many of the cuts but say tax breaks for top earners should expire to pare down deficits. Each plan would affect average tax rates for income groups differently. via www.washingtonpost.com
(click here for an interactive graphics) 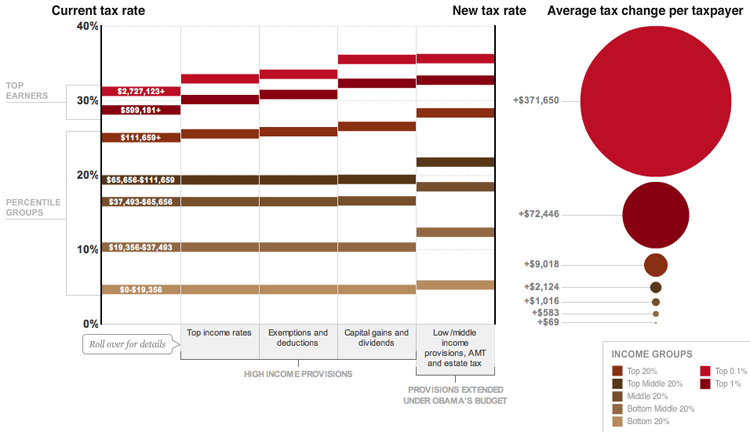