Rapleaf wants every person to be able to have a meaningful, personalized online experience. To achieve this, Rapleaf helps leading businesses personalize customer interactions through deeper customer insight. The San Francisco based company also brings new and effective data segments to the online marketplace to help advertisers reach their ideal audience. WSJ explained how the system works and here is an example data RapLeaf had on one user. via WSJ Research
(click above link to see an interactive graphics) 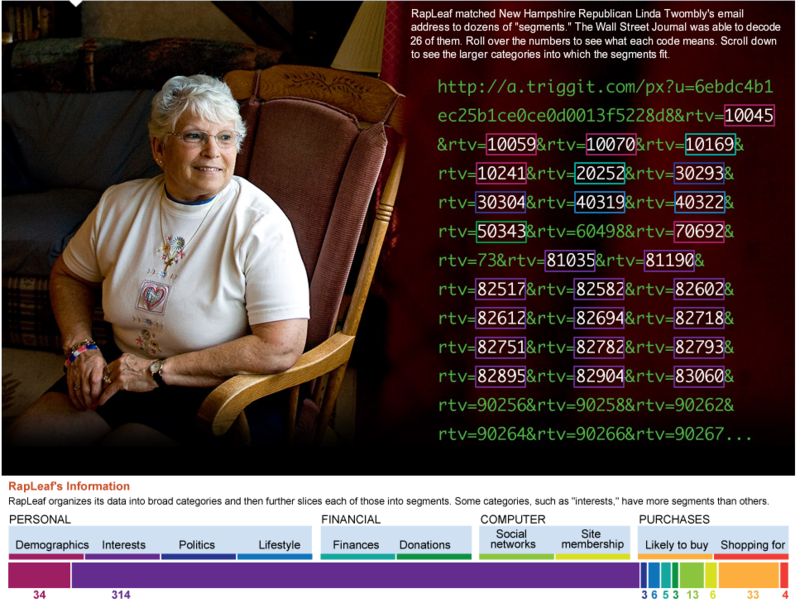 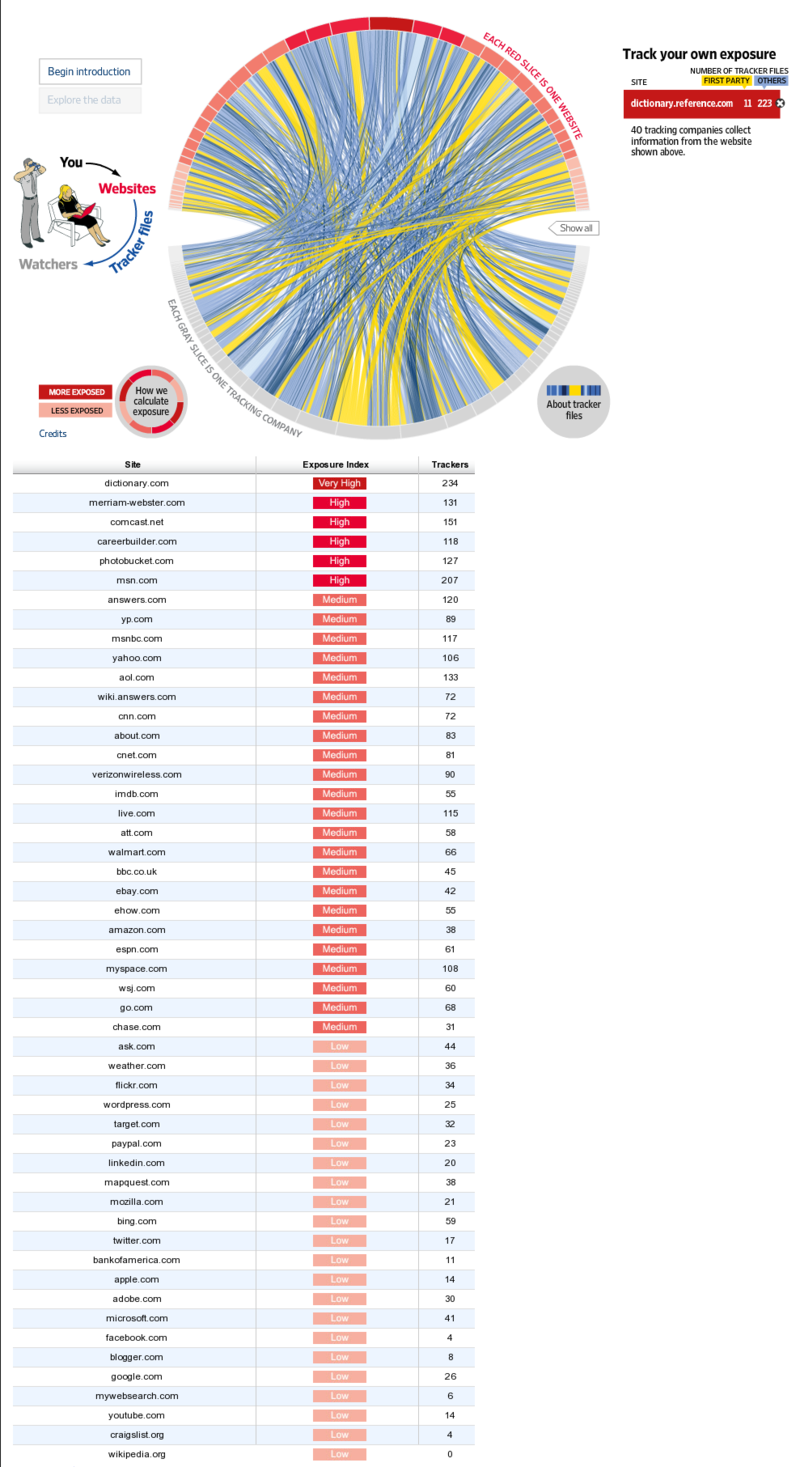 Marketers are spying on Internet users -- observing and remembering people's clicks, and building and selling detailed dossiers of their activities and interests. The Wall Street Journal's What They Know series documents the new, cutting-edge uses of this Internet-tracking technology. The Journal analyzed the tracking files installed on people's computers by the 50 most popular U.S. websites, plus WSJ.com. The Journal also built an "exposure index" -- to determine the degree to which each site exposes visitors to monitoring -- by studying the tracking technologies they install and the privacy policies that guide their use.

via blogs.wsj.com
(Click here to see an interactive tool) 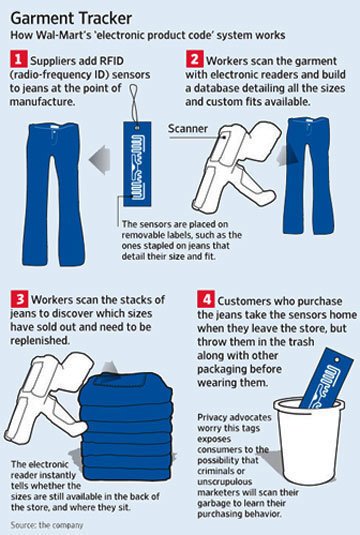 via finance.yahoo.com
Browse the Archive »