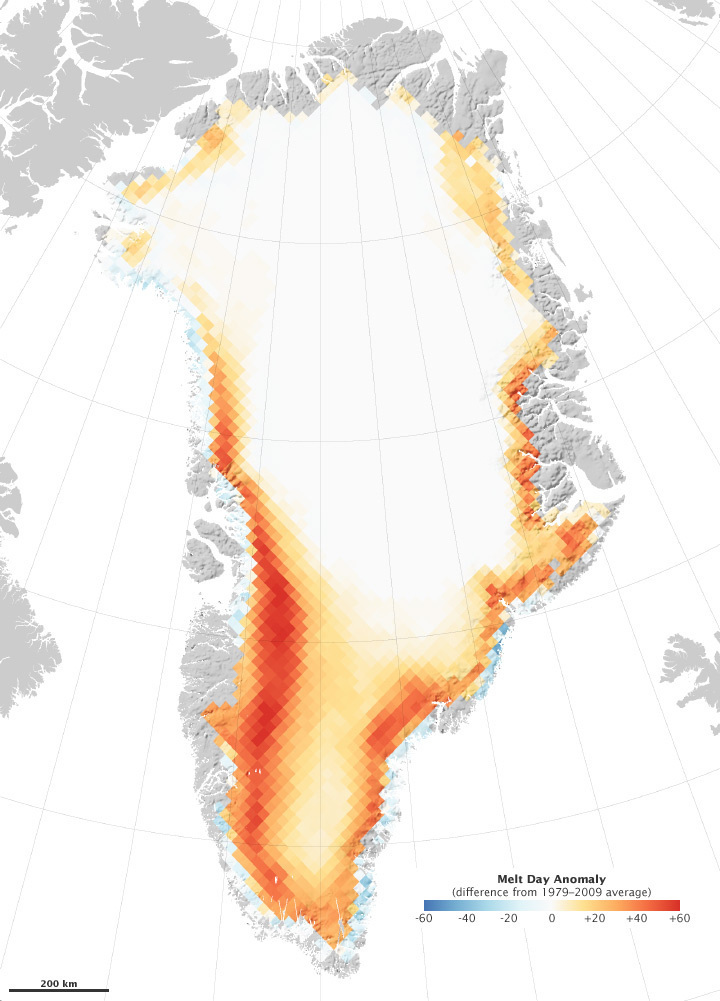 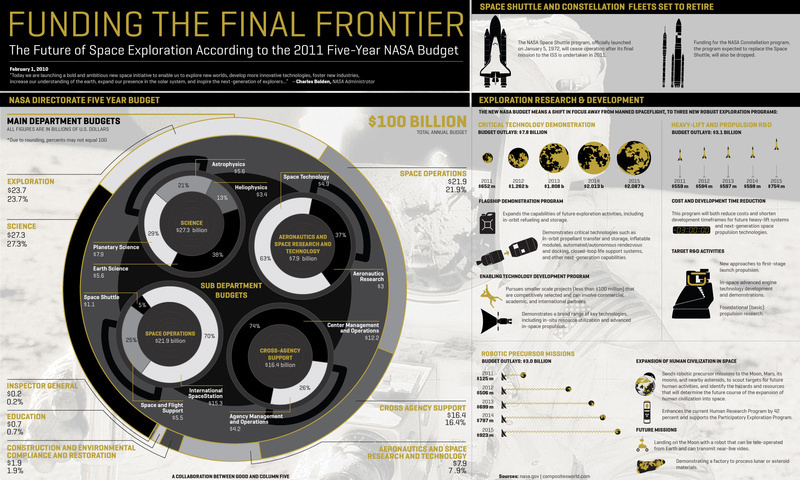 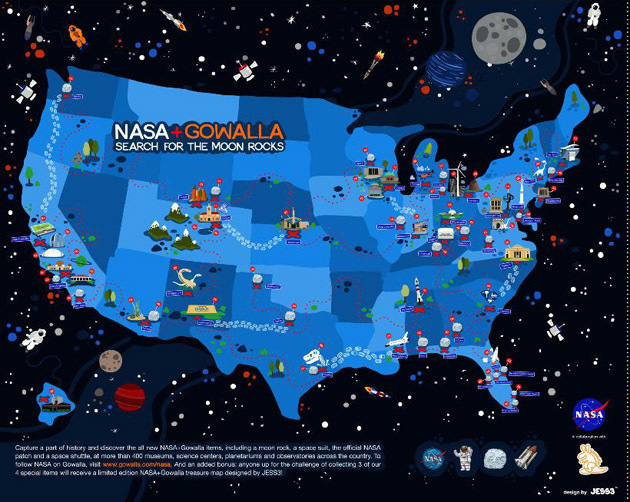 NASA is teaming-up with location-based service Gowalla in an effort to “bring users one small step closer to the universe.” Under the deal, NASA-related information and virtual items will populate Gowalla — among the virtual items that will be included are moon rocks, a NASA patch, a spacesuit and a space shuttle. 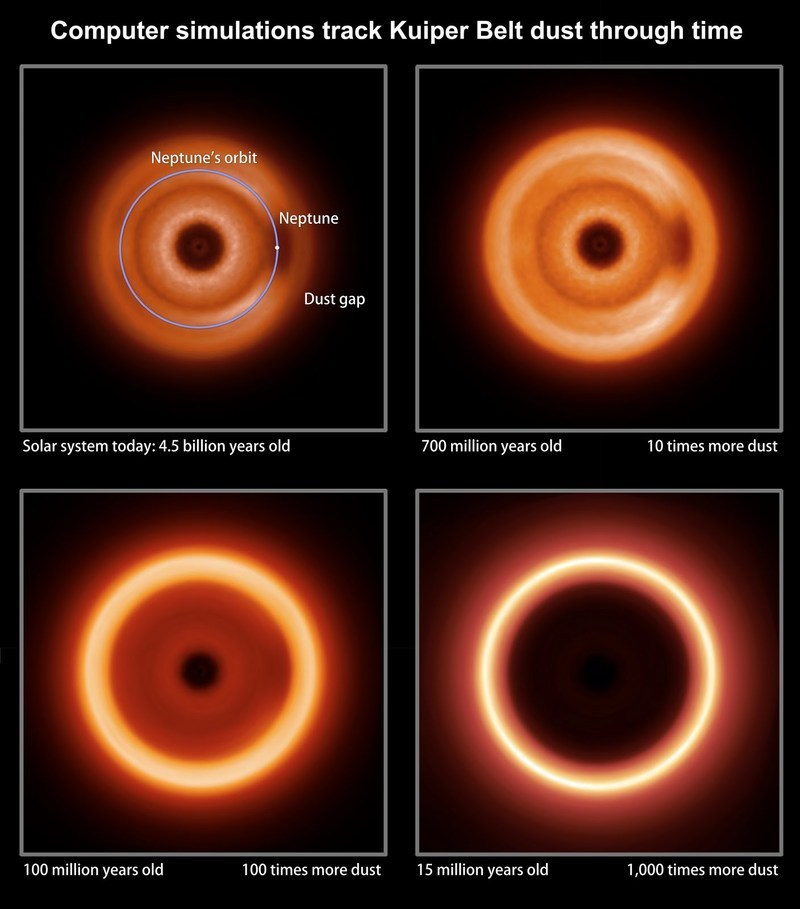 Using the Discover supercomputer — which is capable of 67 trillion calculations per second — astronomers at NASA Goddard have created a series of images of what our solar system would look like to an alien astronomer at various points in time. Their simulations track the interactions of 75,000 dust grains in the Kuiper Belt, and show that while the planets would be too dim to detect directly, aliens could deduce the presence of Neptune from its effects on the icy region. Strikingly, the images resemble one taken by Hubble of the star Fomalhaut. NASA has put out a cute video to go with the announcement as well. 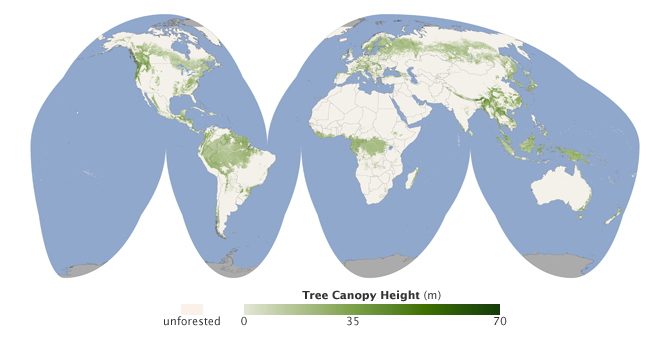