Need to buy a fire-breathing sword? How about a new outfit for your pet penguin? You'll need to shop in the virtual world, where virtual goods are a booming business. 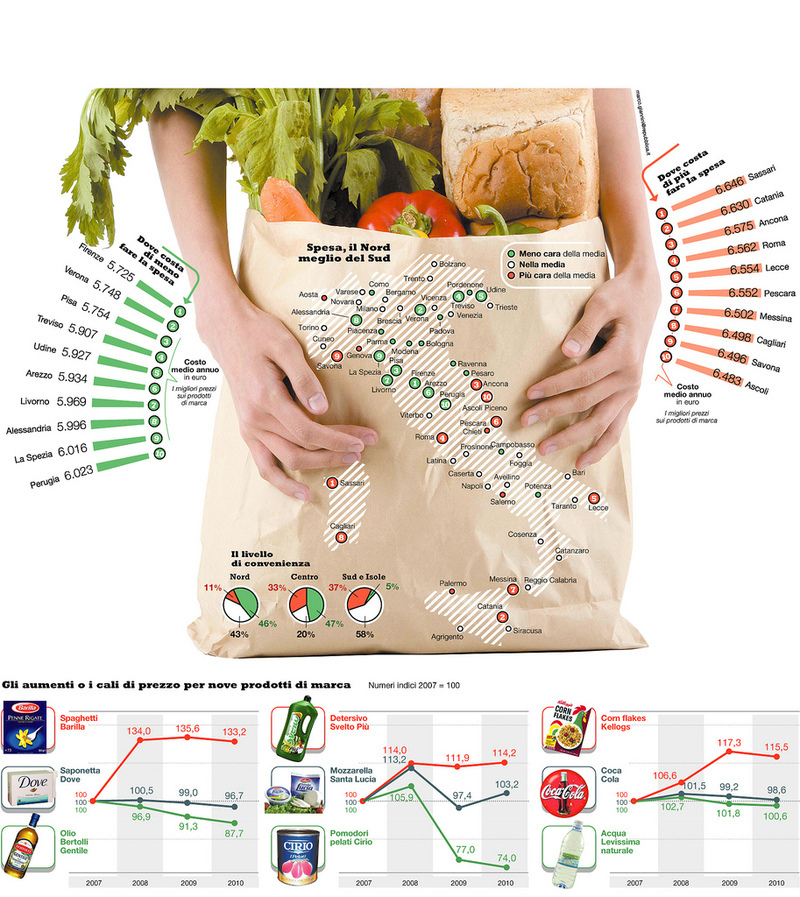 How much Americans spend on shopping?

Not all retailers have the same customer base. Of course, that makes sense. But, have you ever wondered how customer bases varied between sites? Obviously Saks Fifth Avenue is going to attract a different clientele than, say, Walmart, but what about the rest? The graphic below illustrates the differences in customer demographics across North America’s largest online retailers. It takes into consideration factors such as: gender, age, education level, income level, and ethnicity. Some of the findings may be surprising: 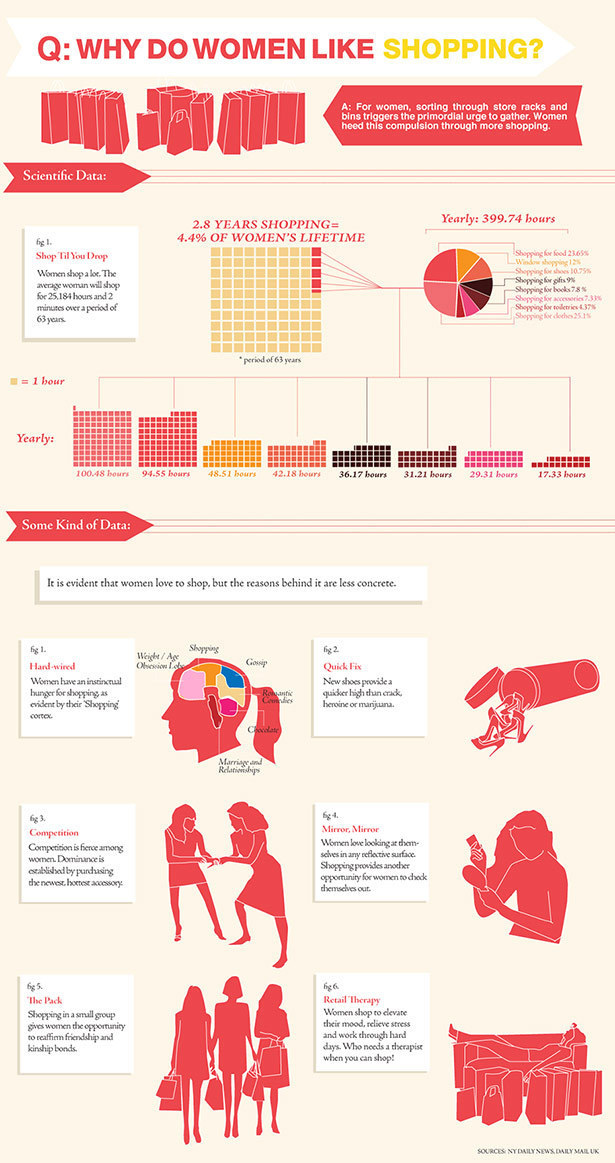 Women shop for many reasons. Whether they are finding the perfect gift or buying groceries for the family, women tend to spend a lot of time in the stores. It would be a good bet that those women are shopping for others. If you think about all of the things women do for their friends and family, you may just realize why they are so good at shopping. So don't listen to complaints from men about women shopping; what do men know anyway?!

While the figures have improved drastically over the past few years, about 1/2 of all online shoppers still feel that shopping at brick-and-mortar retailers remains significantly safer than making an online purchase. 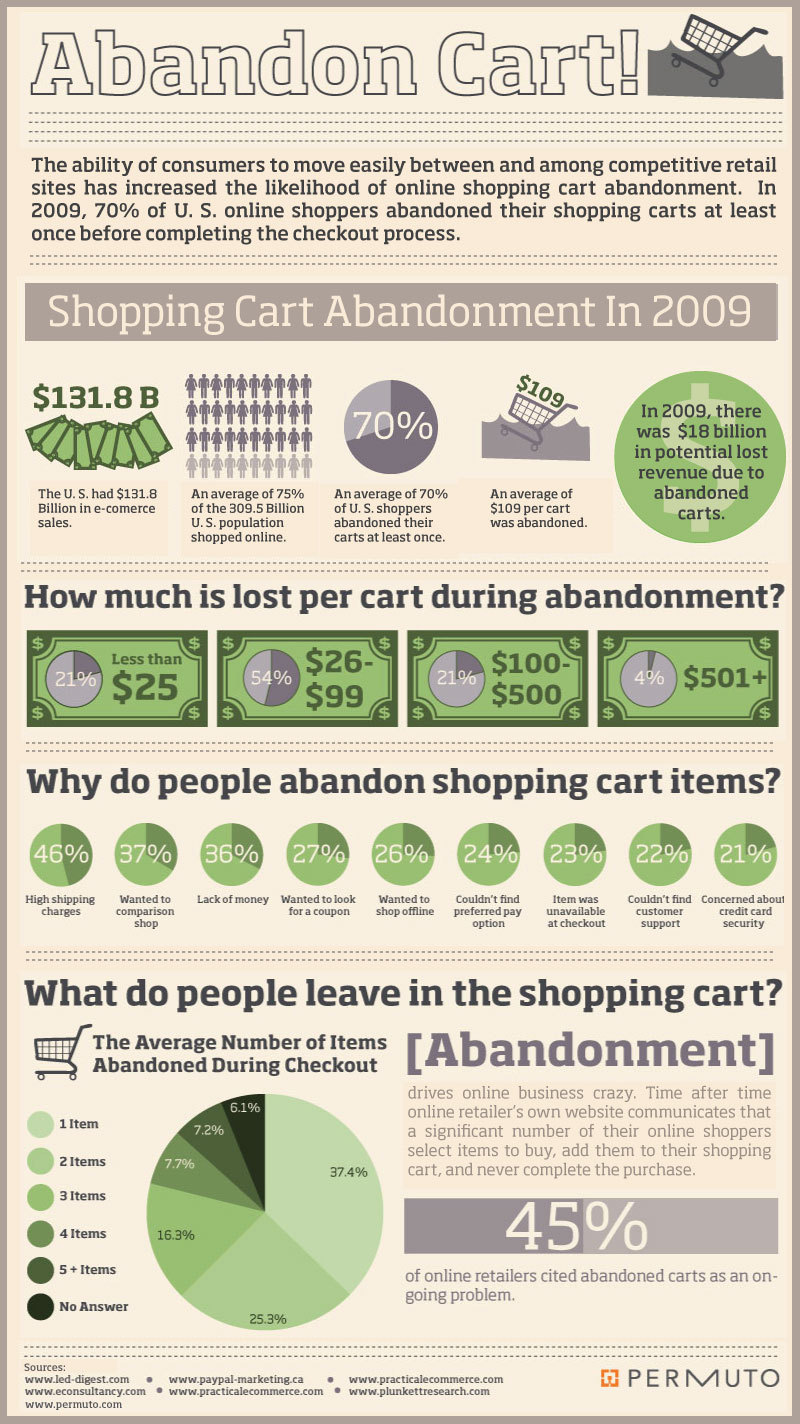 The Abandoned Cart: online retailers hate it, and most of us are culprits. Perhaps not surprisingly, in 2009 70% of online shoppers abandoned a cart at least once, leaving retailers frustrated and wondering what they can do better to help secure your purchase. But how much are they leaving in the carts, and what types of sales are retailers missing out on? Here is a comprehensive look at the details surrounding the abandoned cart. 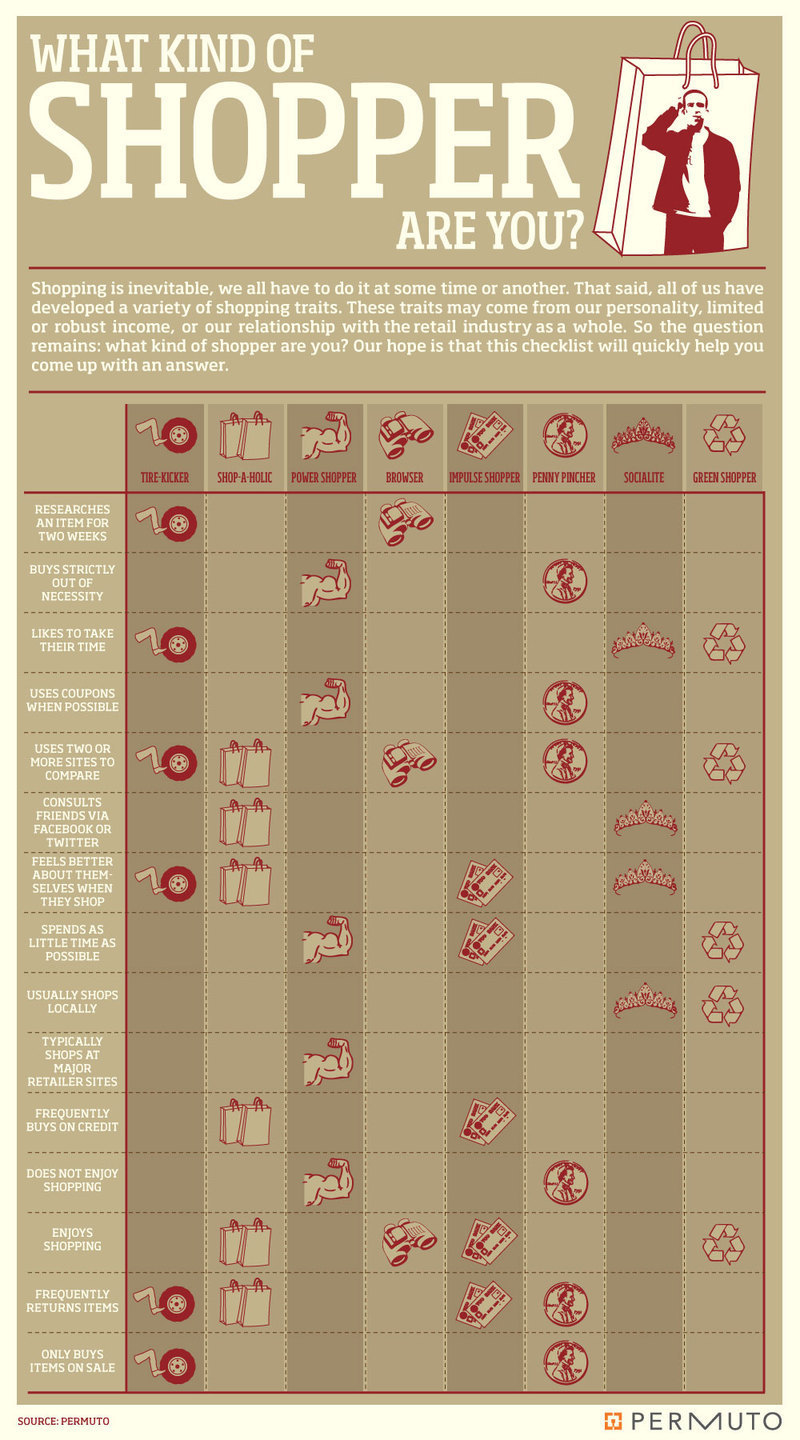 Shopping is inevitable; we all have to do it at some time or another. That said, all of us have developed a variety of shopping traits. These traits may come from our personality, limited or robust income, or our relationship with the retail industry as a whole. So the question remains: what kind of shopper are you? Hope is that this checklist will quickly help you come up with the answer:

Have you ever added a pack of gum to your cart while waiting to check out at the grocery store? If so, you've been a victim of impulse shopping. This infographic visually demonstrates the pitfalls and psychology behind why we do it and how we can avoid it.