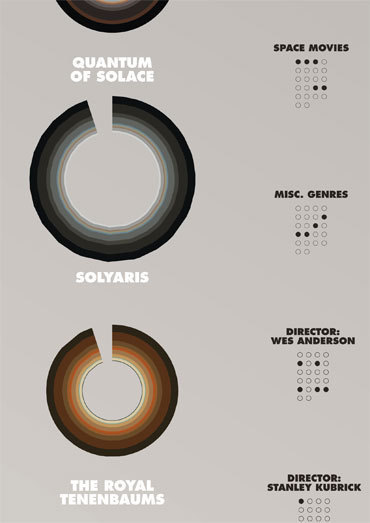 Cinemetrics is about measuring and visualizing movie data, in order to reveal the characteristics of films and to create a visual “fingerprint” for them. Information such as the editing structure, color, speech or motion are extracted, analyzed and transformed into graphic representations so that movies can be seen as a whole and easily interpreted or compared side by side.

This year's movies have legitimately transformed Gen I's idea of what is creatively possible. To commemorate, She sifted through clips from 270 films that were either produced or distributed in 2010 and edited them into a video.

via filmography2010.blogspot.com
(click above link to see films in order of appearance)

Note: If you read this via Email or Feed-reader and cannot see youtube video click Permalink below to see.

Creating a big, expensive epic that flops at the box office has got to be embarrassing. Depending on how bad the movie is and how badly it flops, it can destroy careers... 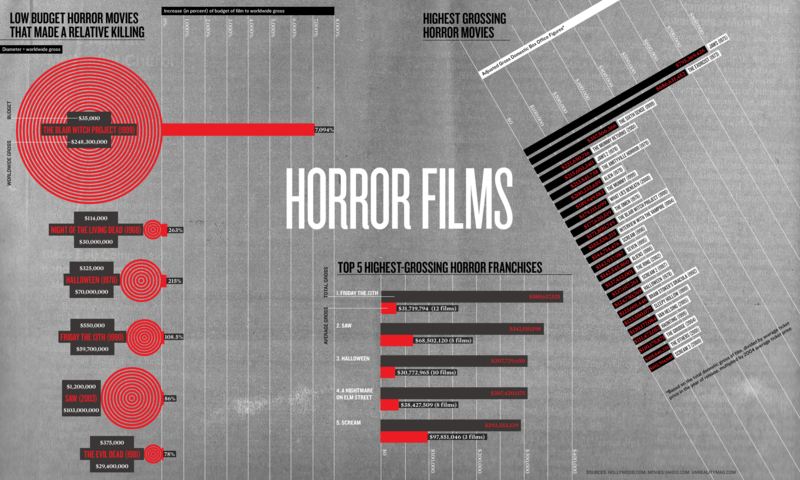 Nearly $5.8 billion is spent on Halloween each year. What better way to get in season’s spirit than watching your favorite horror film. We’re taking an in depth look at the most successful movies and franchises. Be sure to click the image to see the entire infographic.

Hollywood and Silicon Valley (spiritual home of the US film and tech industries, respectively) have long been an influence on one another. Sci-fi films like Star Wars and Back to the Future have provided the inspiration for scientists who are now developing warp drives and self-tying shoelaces. And the tech industries has made many 'unfilmable' concepts - like Avatar, which James Cameron first dreamed up in 1994 - not only possible, but hugely popular

These two industries clearly make good bedfellows, but are they truly equals? Well, let's start by looking at some numbers... 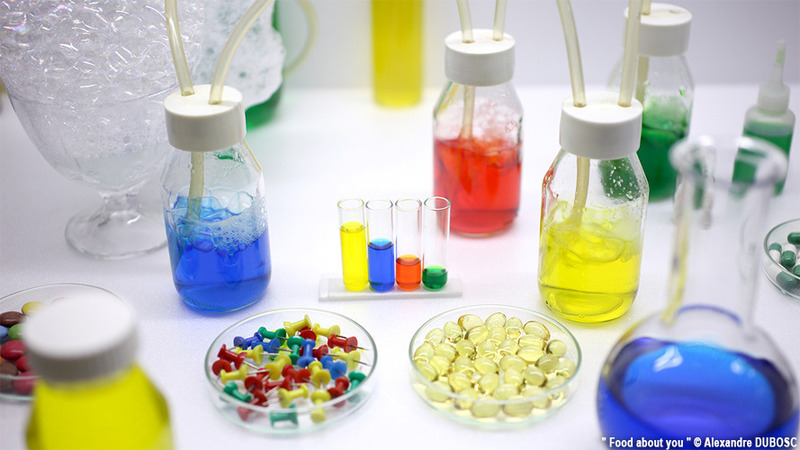 Rick's entry shows each character as a coloured line; the layers of dreams are depicted as concentric circles. Characters enter each dream level to the left. When they all start inhabiting one of the character's dreams, that character's color-coded line expands accordingly (to show that everyone is running around in his dream). As characters fall out of each dream sequence, they exit on the right of the chart. The concentric rings depict how time slows down in each layer of dream: via www.fastcodesign.com
Browse the Archive »