The debate over gay marriage is at the heart of many races in America's mid-term elections. For the first time since the Pew Research Centre began conducting polls on the subject in 1995, fewer than half of Americans (48%) are opposed to gay marriage, while 42% are in favour. All religious groups are more accepting than they were in polls taken between 2008 and 2009.via www.economist.com 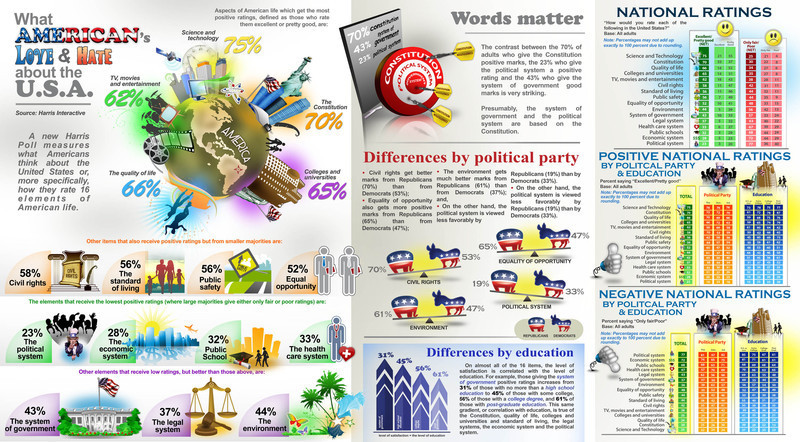 Everyone has an opinion on something, whether it has to do with their. Here's a look at Americans and their opinions on different aspects of the USA.

via www.visualeconomics.com
Browse the Archive »