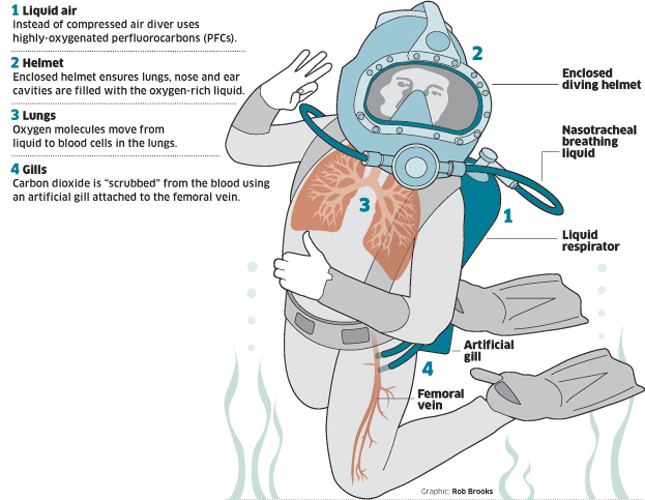 The invention of scuba diving has allowed us to breathe underwater but only at very shallow depths. Diving below 70m still remains astonishingly dangerous to anyone but a handful of experts.Now an inventor in the United States believes he has solved the riddle of how to get humans down to serious depths – by getting us to breathe liquid like fish. Arnold Lande, a retired American heart and lung surgeon, has patented a scuba suit that would allow a human to breathe "liquid air", a special solution that has been highly enriched with oxygen molecules. Liquid ventilation might sound like science fiction – it played a major role in James Cameron’s 1989 sci-fi film The Abyss – but it is already used by a handful of cutting-edge American hospitals for highly premature babies. read more at www.independent.co.uk
(Click above link to read about "How it works")
Browse the Archive »