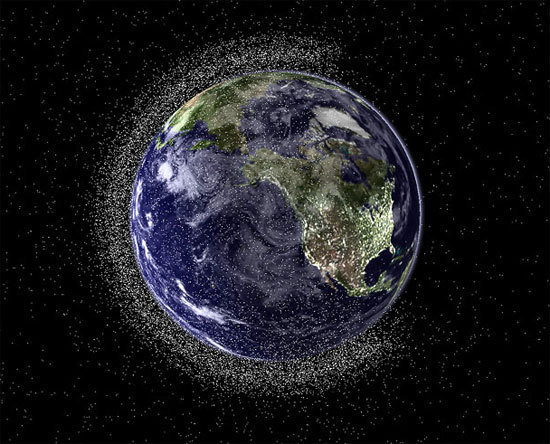 This illustration created by Australia's Electro Optic Systems aerospace company shows a view of the Earth from geostationary height depicting swarms of space debris - approximately 50,000 of the half-million or more objects bigger than 1cm - in Low Earth Orbit. An Australian company said that it had developed a laser tracking system that will stop chunks of space debris colliding with spacecraft and satellites in the Earth's orbit. Electric Optic Systems said lasers fired from the ground would locate and track debris as small as ten centimetres (four inches) across, protecting astronauts and satellites. Debris on the eastern side of the image are in the Earth's shadow and so not visible to the eye.

via www.telegraph.co.uk
Browse the Archive »