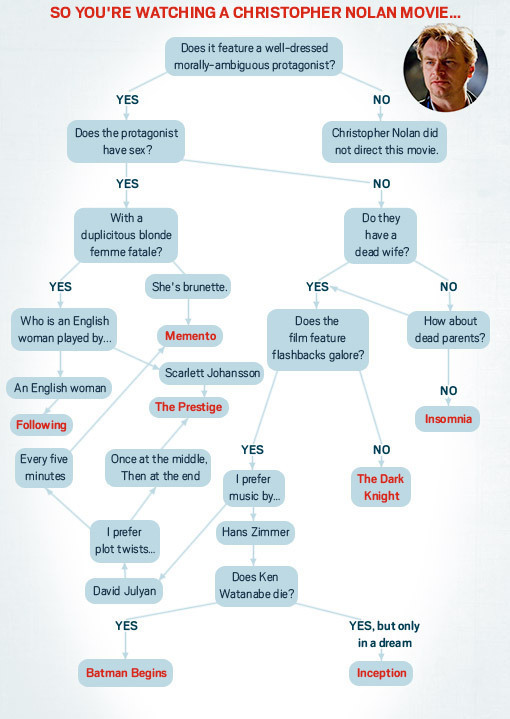 At the National PopWatch Asylum for Cinemaniacs, they’ve constructed a rudimentary Christopher Nolan flowchart. Print out a copy and carry it with you whenever you think you may be watching a Christopher Nolan film. Think of this flowchart as your own personal tiny spinning top, keeping you grounded in reality, and check it out via popwatch.ew.com
Browse the Archive »