A history of BP Oil Spill.
via www.infograficanimata 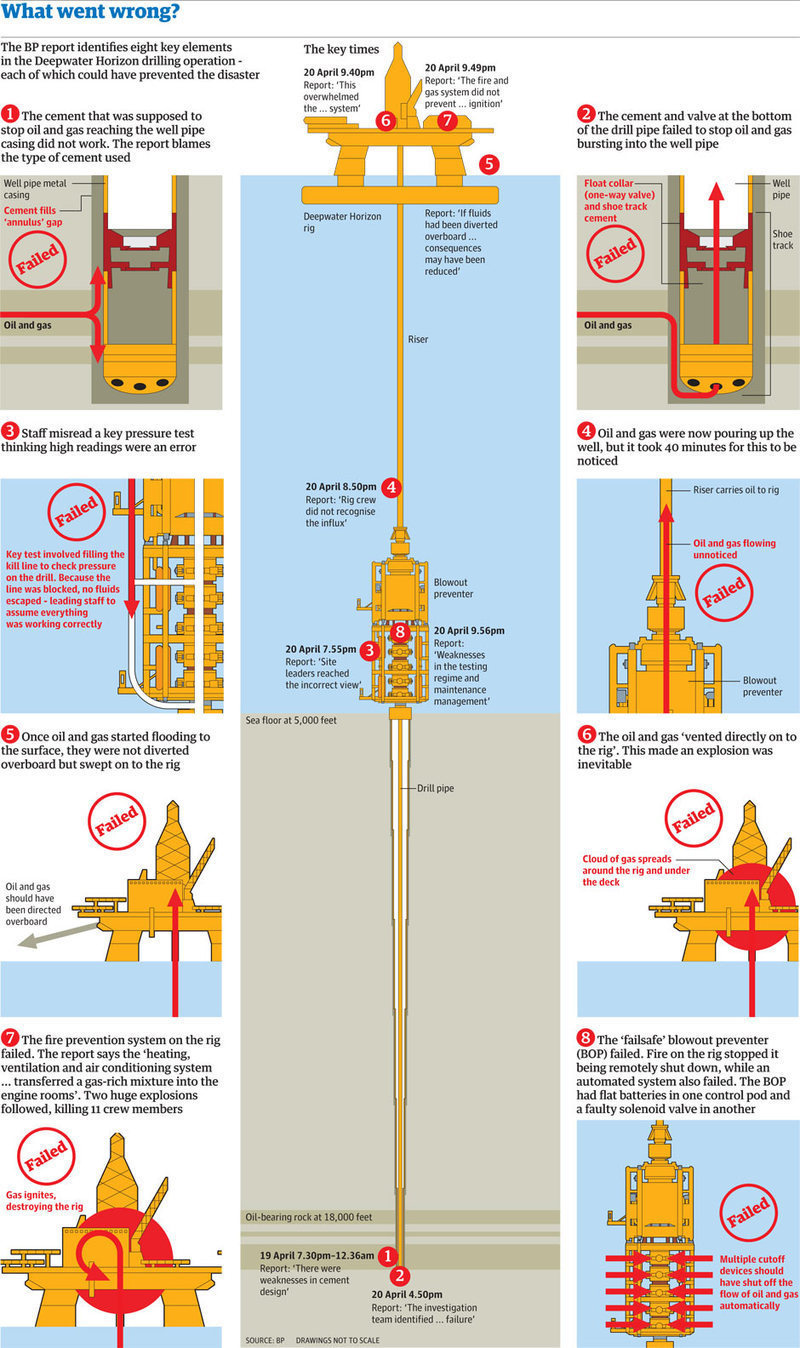 BP admitted today its managers on the Deepwater Horizon missed key warning signs in the hours before the explosion aboard the oil rig, but an internal investigation put much of the blame on other companies involved in the well.

A 234-page report described eight main causes for the blast, which killed 11 men and created an environmental disaster. The full report also contained - within the detailed analysis of the operation - a comprehensive, minute-by-minute timeline of every event, as it happened. BP have also produced a graphic video animation. 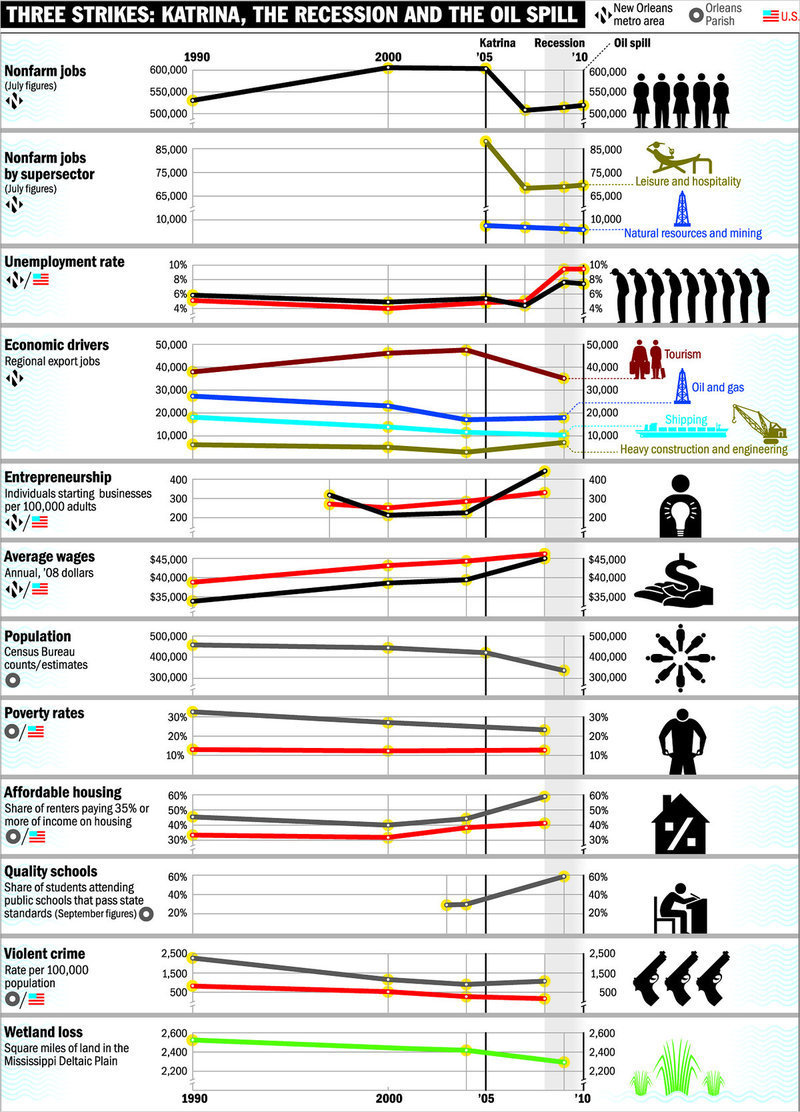 Three strikes: Katrina, the recession and the oil spill 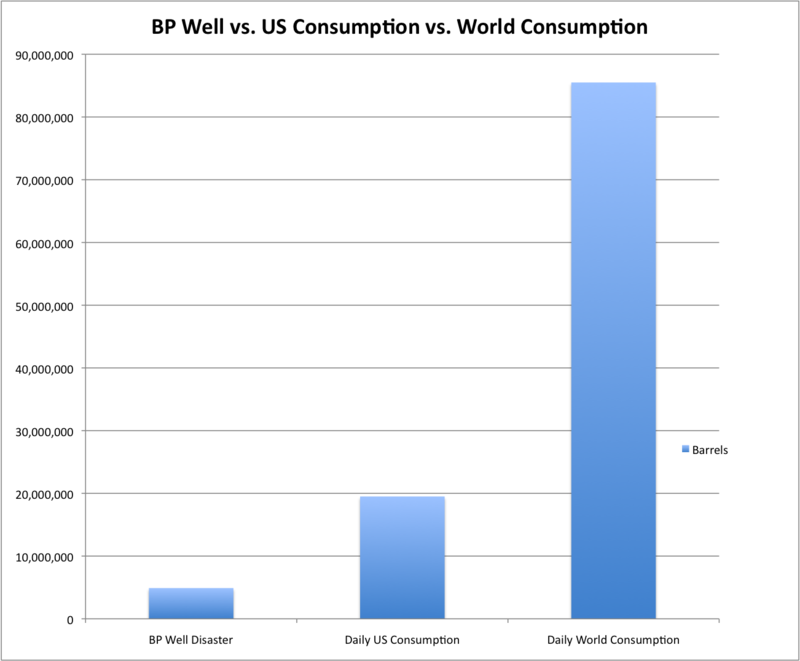 This chart illustrates, in comparison with daily American or global consumption, five million barrels is just a drop in the (admittedly enormous) petroleum industry bucket. 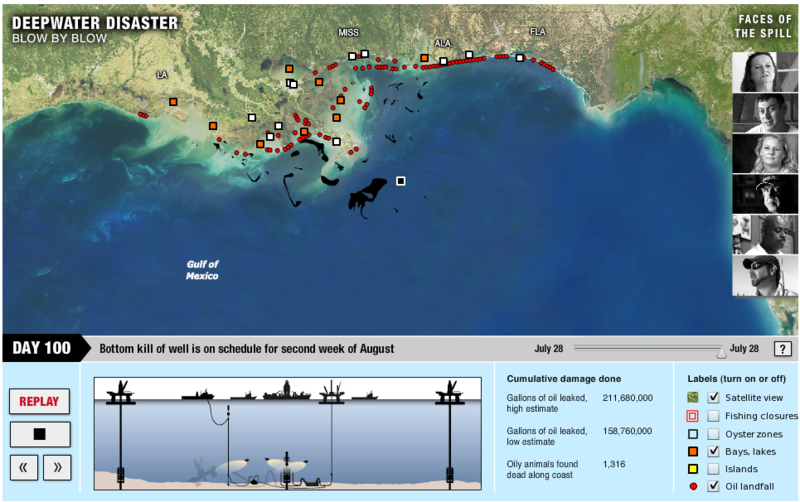 Deepwater Disaster: The scope of the Gulf of Mexico oil spill, the toll of the damage, the voices of loss. 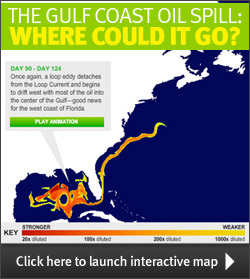 The attention has shifted to the effects all that oil will have on wildlife and the ecosystem. Slate reports on where all of that BP oil could end up during the next 130 days, based on modeling data from the National Centre for Atmospheric Research.

The following visualizations will pause at interesting moments in each scenario.

Obviously BP has lost a lot of money on their whole oil spill fiasco, but here's a different perspective on just how much money that is.

When measuring the impact of the Exxon oil spill over the US coast the result is not influencing only the surface of the water and the deep water impact is far greater than we could imagine.

via woorkup.com
Browse the Archive »