As economies across the developed world fell into recession in 2008, legal permanent immigration to the mostly rich members of the OECD declined by 6%, after five years during which growth averaged 11%. Despite the slowdown in the arrival of new migrants, the number of foreign-born workers in most OECD countries rose in 2008 from a year earlier. In 2007 one in every four workers in Australia was born abroad; in 2008 that share rose further, to 26.5%. Among the 18 OECD countries for which 2008 data are available, the share of the foreign-born in the labour force fell only in Luxembourg (not shown), Austria, Belgium and France. The number of foreign-born workers in America rose by 308,000 in 2008, to 25.1m.via www.economist.com 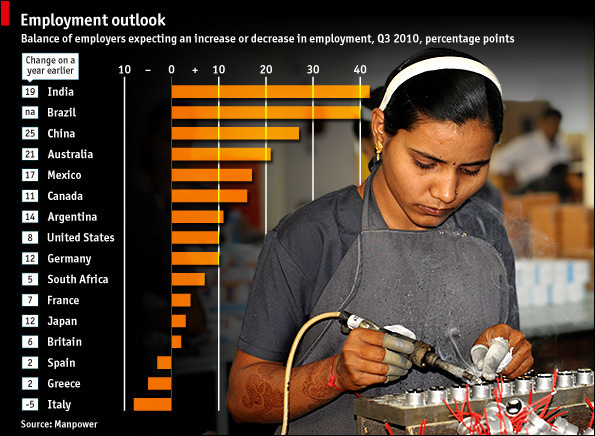 How long does it takes to earn USA minimum wage around the world.